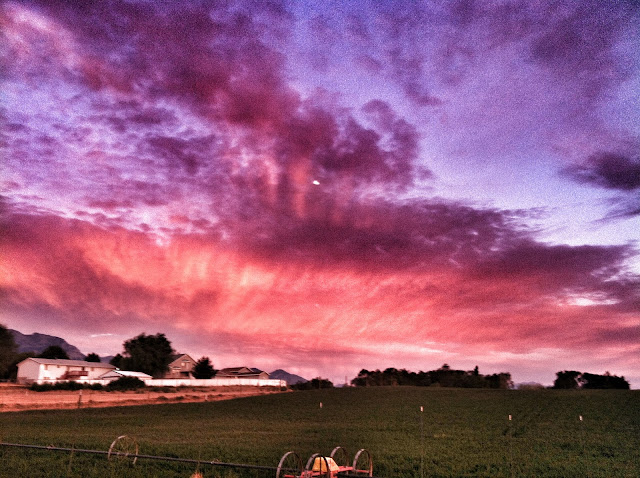 "Procrastination is the fear of success. People procrastinate because they are afraid of the success that they know will result if they move ahead now. Because success is heavy, carries a responsibility with it, it is much easier to procrastinate and live on the "someday I'll" philosophy." Denis Waitley 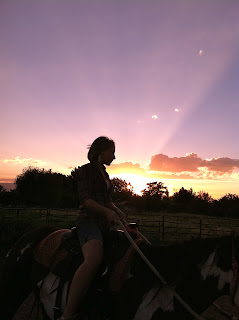 Our deepest fear is that we are powerful beyond measure...wow. What if we do become successful? What if we do have a responsibility to our success? Don't we have responsibilities to something in our lives right now? Do we fear we will fail? And what if we do? Does anyone care?

Writers are powerful. We know this tidbit of truth. We've read their books/essays/speeches. They've urged us to look within and outside ourselves, to stretch and learn and live. Who can honestly say they've never changed because of reading?

This is where our fear comes in because that is a big responsibility. Every reader is touched by a writer. There is a writer for every reader. If that is true, why do we, the writers, procrastinate? If we know someone will read our words and change, why wouldn't we want those writings out in the universe?

Don't think tomorrow you'll start or next week is better or "someday I'll" because you are stopping me from reading something that will affect my life. Give me your words! I need them. We need each other to work now.

Don't give into your fear. 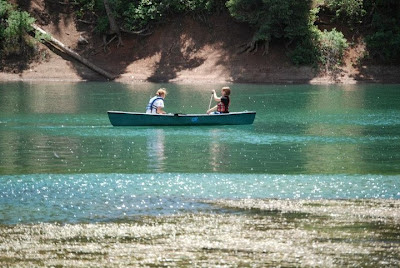 Elana Johnson and friends started an amazing online writer's retreat. For FREE! It's over now but you can still go read all the educational posts from professionals in the writing business.

One of my very favorite post was from editor Molly O'Neill titled "The Essential Invisible Thing".
She talks about her definiation of craft: the work of writing.

"Because strong craft? It speaks for itself. It wows its readers. It elevates a story to something even greater than itself. Craft is like meditation, or prayer, or exercising. It’s mostly silent, and somewhat hidden, and deeply personal. Few people will notice that you’re working on it unless you tell them. But your self will be enriched by it, and your work will be strengthened by it. It’s a set of expectations that you can set for yourself, and if others (agents or publishers or booksellers or educators or critics or readers) eventually notice it, too, well, that’s well-earned gravy. Attention to craft is like the best possible kind of creative gift that you can give to yourself . . . that just might also help develop your career, too."

This is the book trailer for CHRISTMAS ORANGES by Linda Bethers, another Utah author.
- August 20, 2012 1 comment:

Thanks for visiting, Dnayelle. Let's get moving! Tell us a little about yourself.

What was your favorite TV show when you were a kid?
My favorite show as a kid was (and probably still is) X-Men. O:)

Is there a book or author who changed your life/viewpoint/writing?
I have a couple. :D

J.R.R. Tolkien showed me that language can both beautiful and accessible.
Patricia C. Wrede showed me how fun it can be to turn fairy tale tropes on their heads.
Sherwood Smith showed me how subtle things like court intrigue can up the stakes.
Patricia McKillip showed me how beauty and humor can intertwine to create a masterpiece.
Diana Wynne Jones showed me how to look at the world sideways from the corners of my eyes.

What is your favorite thing to do in the summer?
I would say long walks on the beach, but as there are no beaches in Utah, I'll settle for reading a good book or visiting the Parade of Homes.

Do you snack while writing? Listen to music?
No, no eating. I need both my hands to type. I also can't listen to music, because it distracts the part of my brain that does the writing. :)

Now tell us about your book.
BITTEN: A NOVEL OF FAERIE
Bitten can be summed up by the first sentence: Death has bright green eyes and a wide smile. (wow!)

It's about death as a state of change, learning how to let go, and fairy venom.

Fourteen-year-old Cherrie Wilding stopped believing in fairies after her Grams had a stroke that left her a silent, empty stranger. But whether she believes in them or not, one of them bit her, and now the venom is spreading through her system and causing  . . . complications. Like an allergy to iron and a craving for milk.

It turns out that fairy venom has the power to turn mortals into small, winged versions of themselves. And it gets better. Grams's stroke was the result of her light—her fairy soul—being stolen. The fairy who bit Cherrie demands her to help steal Grams’s light back.

As much as Cherrie wants to save Grams, her need to protect her older brother from the fairies and the rest of the real world wins out. Who knows what lurks in a world populated by winged menaces? But when the fairy talks Cherrie’s brother into going to the fairy realm, Cherrie mounts a rescue attempt to save him. To her surprise, it’s not her brother who needs rescuing—it’s the fairies. Someone is stealing their lights and imprisoning them, and it’s up to Cherrie and her brother to free them. But saving the fairies, keeping her brother safe, and returning home requires the help of the Phoenix. And the price for his aid doesn’t come cheap. If Cherrie wants to succeed, she must be willing to part with her greatest possession: her heart.

What was the hardest pat of writing your book?
The hardest part for me in all my books is writing the ending. Not because I don't know how it will end, but because the book itself is coming to an end.

The other hardest part was nailing down Rowan. My son has autism, so I understood how things work a little, but he's not verbal. Rowan is. I had to do a lot of research to identify typical (if there is such a thing) speech and thought patterns.

Do you have any advice for aspiring writers?
Work hard. Find someone to believe in yourself when you're unable to. Write what you have a passion for. Never give up.

How many of you know what an "elevator pitch" is? I didn't for a long time. Basically, you have thirty seconds, or the length of an elevator ride, to convince an agent they want your book.

"Angelica remembers nothing about the deaths of nine of her friends, even though she was there for each of them."

What do you think?

We have sooooo many amazing Utah authors! And soooo many excellent books. I wonder what their elevator pitch was??

Let's try a few (these are the first lines on goodreads):

"When Thomas wakes up in the lift, the only thing he can remember is his first name."
Anyone care to guess? You in the rainbow shirt. Yes, you. MAZE RUNNER. You are correct!

"Cassia has always trusted the Society to make the right choices for her: what to read, what to watch, what to believe, until she falls in love with the wrong boy."
This one is a little harder. CROSSED by Ally Condie. Wow! You guys are good.

Okay! Since you're so smart, I'm going to test you with seven (7) pitches from Utah author books. After you answer in the comments section, go to Utah Book Month Grand Giveaway and get 5 (five) entries for completing my challenge!

1. "In a discontent kingdom, civil war is brewing. To unify the divided people, Conner, a nobleman of the court, devises a cunning plan to find an impersonator of the king's long-lost son and install him as a puppet prince. Four orphans are recruited to compete for the role, including a defiant boy named Sage." (Hint: here's the review link)

2. "The clock is ticking on the entire paranormal world. And its fate rests solely in Evie's hands." (Hint: the third book in a paranormal trilogy)

3. "Benson Fisher thought that a scholarship to Maxfield Academy would be the ticket out of his dead-end life.  He was wrong." (Hint: this author's brother wrote a horror trilogy)

4. "When Crispin, Lord Cavratt, thoroughly and scandalously kisses a serving woman in the garden of a country inn, he assumes the encounter will be of no consequence. But he couldn't be more mistaken" (Hint: a short and cute author)

5. "Jane Hayes is a seemingly normal young New Yorker, but she has a secret. Her obsession with Mr. Darcy, as played by Colin Firth in the BBC adaptation of Pride and Prejudice, is ruining her love life." (Hint: this book is being made into a movie)

6. "Galen is a young soldier returning from war; Rose is one of twelve princesses condemned to dance each night for the King Under Stone. Together Galen and Rose will search for a way to break the curse that forces the princesses to dance..."(Hint: love this author's fairytale retelling)

7.. " Getting drunk homecoming night your senior year is never a good idea, but Jake Hayes never expected it all to end with a car crash and a t-post embedded in his throat." (hint: put this one on my reading list for August)

How did you do? Don't forget to head over to Utah Book Month Grand Giveaway and enter to win! 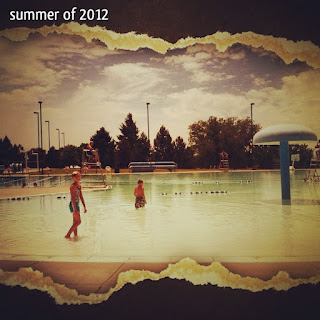 Wow! I can't believe school is about to start! Where did summer vacation fly off? What about all my summer plans? Did I get any done?
Will my kids remember this as a fun summer? Or totally boring?


Let me see if I remember what we did:

We had a full summer as a family! Hopefully the Lovell kids had as much fun as I did.

For me summer was fun and hard. I really wanted to spend the day at the pool writing, editing and reading. I try not to ignore the family while we're together so that means less computer time. I found ways to work, but not near as much as when everyone is back to school, which is fine because summer should be about family. 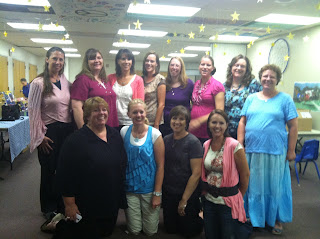 I kept busy! Still, I can't believe summer vacation is almost over!

HOW ABOUT YOU? How do you feel about your summer? Do you make summer goals/plans?

Don't wish your day away 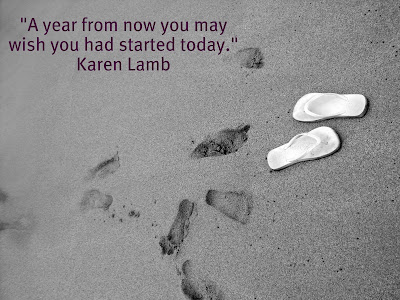 How many LDS author books can you read in August?? I'm going for FOUR. That might be pushing it with getting ready for school, getting PTA up and running, editing my manusscript for two critique groups and making chocolate chip cookies. *grinning like the mad person I am*

These are the four books I hope to read this month:

So come join me!

Book Ideas (with a link to my review):


Does that get you started?? Let me know what you're going to read!