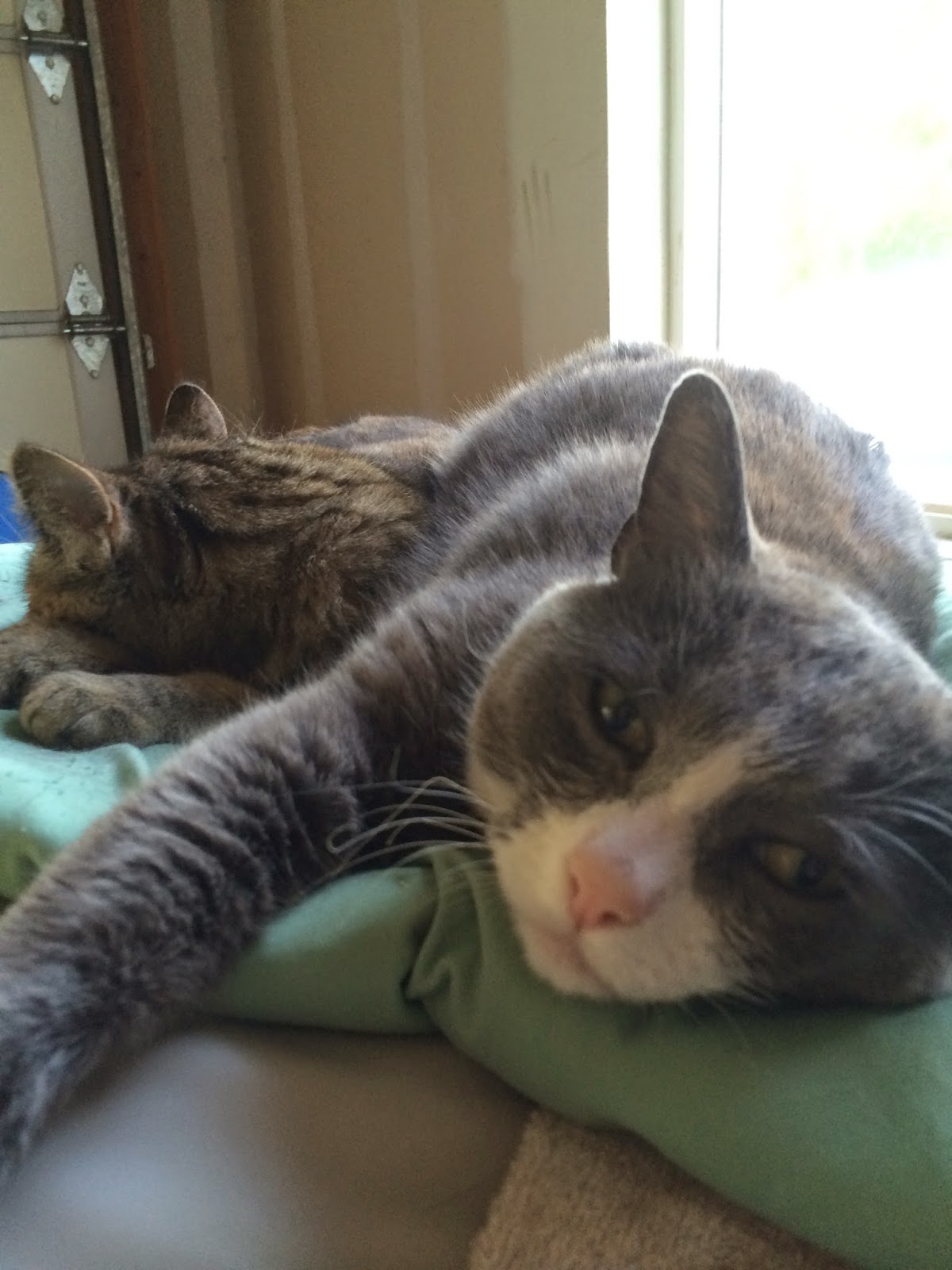 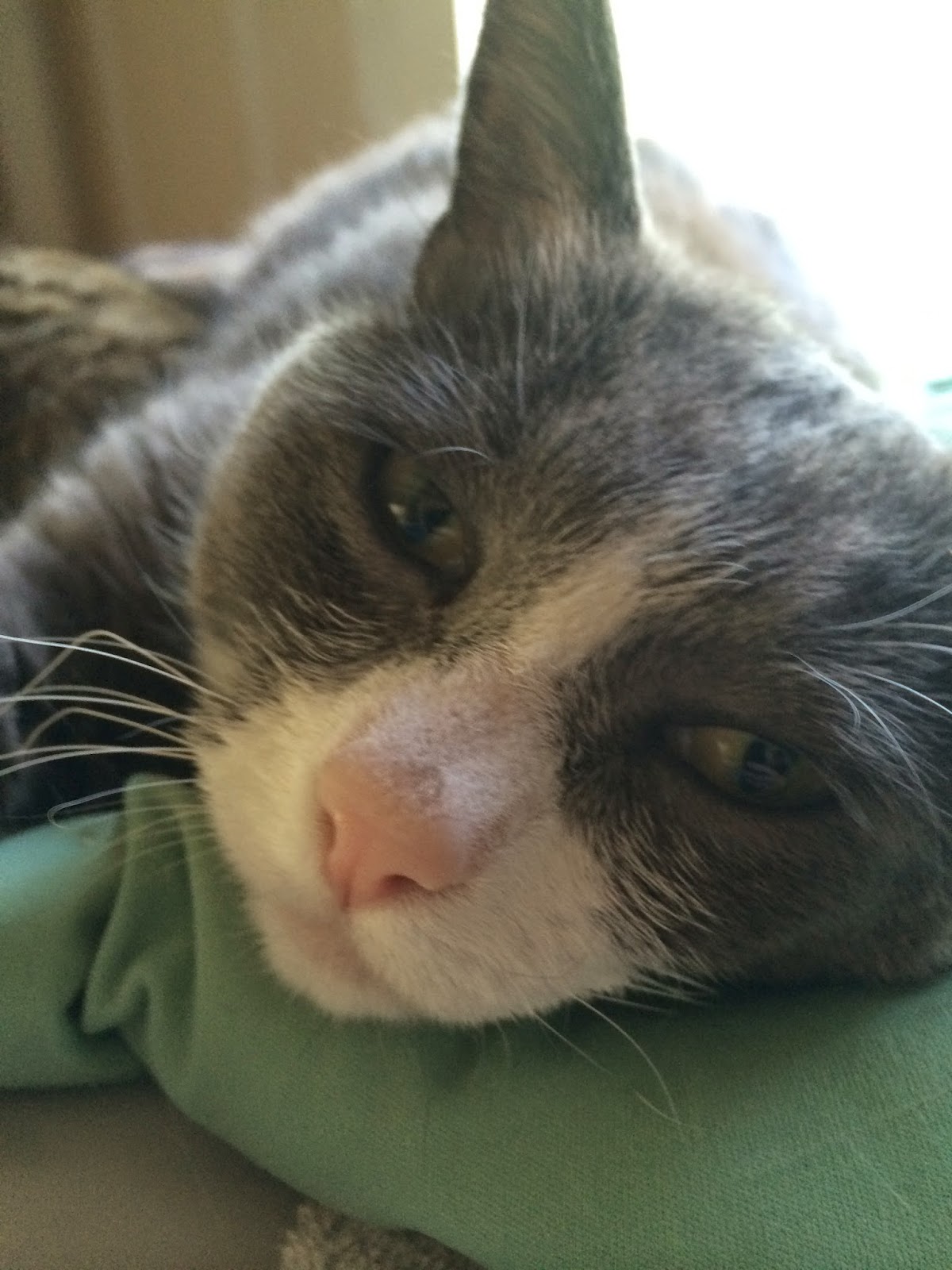 There's a lot you can do when you edit a picture. Take the two examples above. The first picture shows two cats on a green blanket, possibly in a garage. There's a lot of detail that really isn't necessary. After cropping, the second picture shows just the one cat and his whiskers and sleepy eyes.
The same type of editing works for writing. Less background detail (i.e. info dumping), close up detail (character's flaws, etc) and focus (insights, hints, foreshadowing).

I had the good luck to attend ANWA's (American Night Writer's Association) Time Out For Writers Conference in February 2015. And lucky enough to go to Phoenix where it was 70 while back home it was 30. I even got a light tan line.
But I digress...
There were many classes I really enjoyed, but the one from Lisa Magnum's stuck with me so I want to share it with you. I really needed a new way of editing and this helped tremendously.

Emma is affected by weather. Keeps busy cleaning.
Major Henry gets a dance going. He chivalrous. William G. Henry
Nielson is Major Henry’s soldier and plays the fiddle.
*** does Dr. Peyren play the fiddle earlier? Or talk about it?
Priscilla is affected by Major Henry. She dances with patients.

The asterisks are ideas or missing information I want to add. After I worked on this chapter, I italicized this so I knew that I had finished the work.
After I finished step #1, I would do #2, then #3. This editing only took me a couple of days but I felt like it upped my story and made it better.

What do you do to edit?

How's your writing coming along? Are you meeting your writing and editing goals?
Don't give up!
Even though you think your writing sucks and your characters are flat, you are the only human who can write the story that is in your head. You are the only person who can get those characters onto paper in the story they are suppose to be in.
Don't let their stories die in the trash or on a dusty jump drive. Write the story. And if no one is suppose to read it, at least it will be there, waiting for your children or their children. Someone will read your story and love it as much as you. 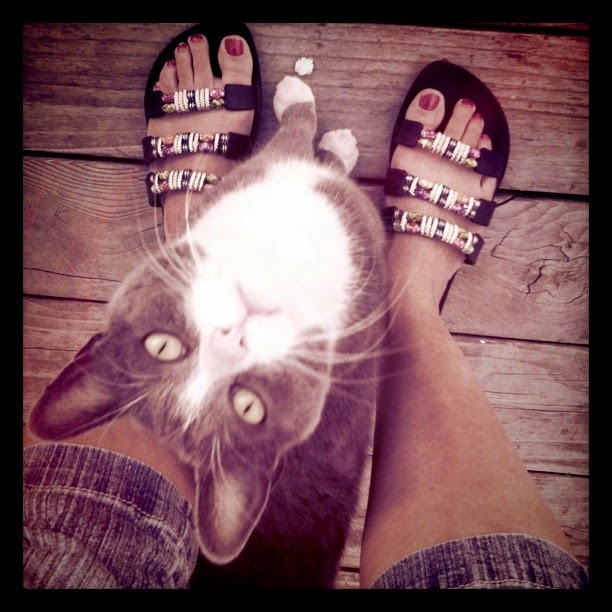 Type in this link for proof:


And if that doesn't help, here's a picture of a furry cat to give you a smile and help you forget your woes for a few moments. 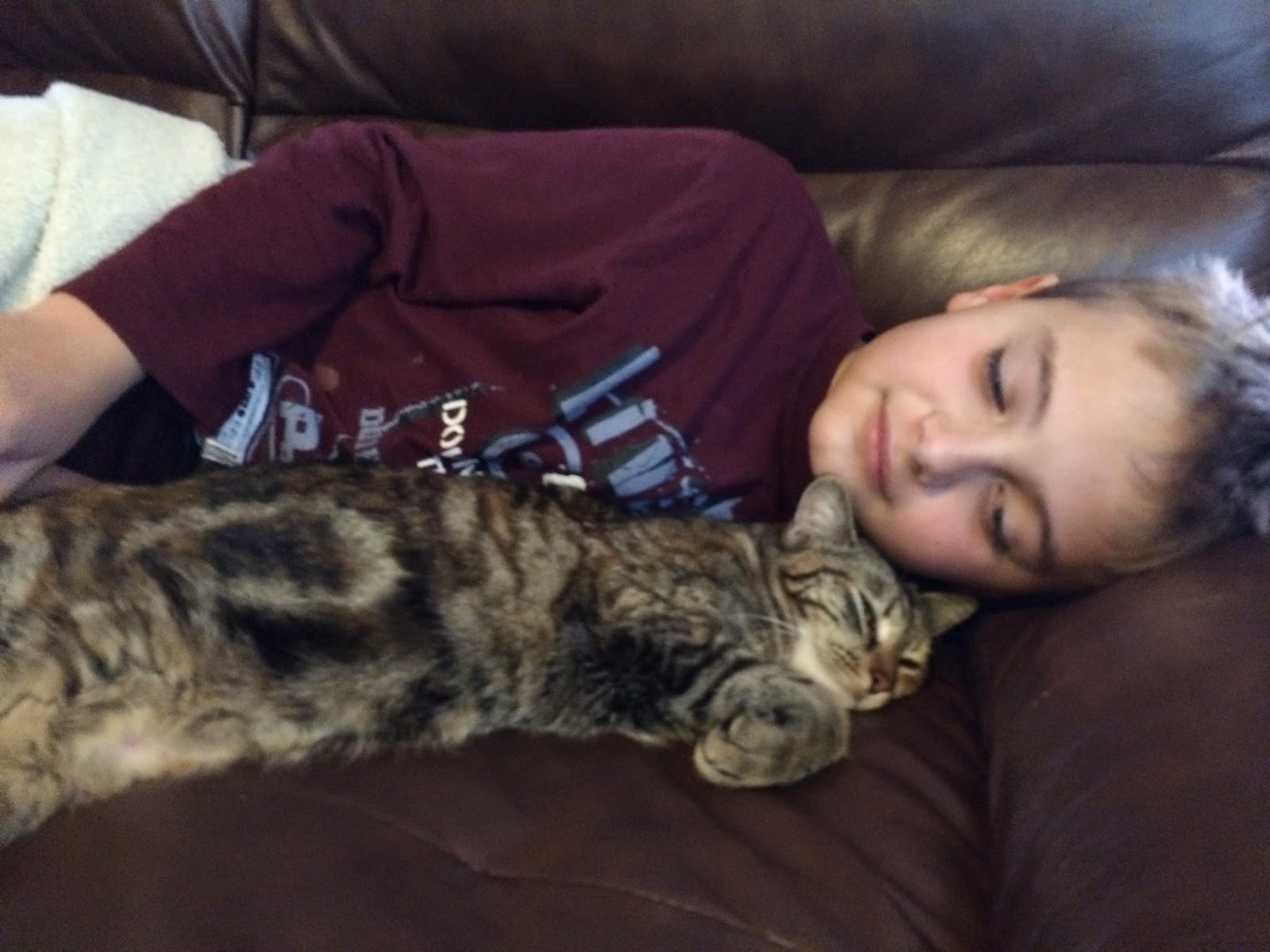 The nice things about cats is they are so unassuming. Give them food, a sunny floor and some attention and they will be yours...at least for the day. Let me think of ten things I like about cats:


Write a letter to your perfect agent telling him/her how wonderful you are.
- April 01, 2015 No comments: