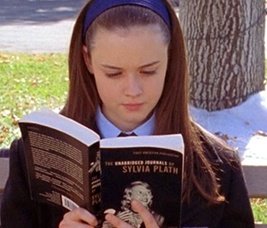 Rory Gilmore from "The Gilmore Girls" was seen reading over 335 books over the course of the filming of the show. Can you believe it? It's a pretty diverse list, from BAMBI to CLOCKWORK ORANGE to OTHELLO.

You can take the Rory Gilmore Challenge and see how many of the 339 you've read. 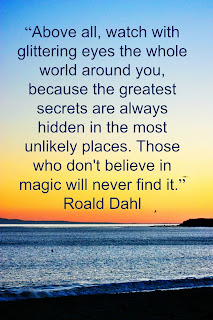 You have roughly 1month, 1 week and 4 days to finish up your novel or memoir or short stories this month so you are ready to get writing for NaNo.
And you have roughly 1 month, 1 week and 4 days to decide what you want to write for NaNo and get a draft or outline written.
I need to finish writing and editing my WWI Historical Romance and possibly get ahead on the new book I have a fourth of the way written.  Then on the last week of October I hope to wrote out a rough draft for the thriller in my head.
I've written three 55, 000 word stories thanks to NaNo. Last year I didn't have time to write like a crazy beheaded chicken. The year before that I decided to try an outline. It was harder for this pantser but I did it. This year I have a new book in my head and I'm not sure if I'll have an outline this time or not.


What are your goals for the rest of the year?
Are you particiapating in NaNoWriMo this year?
What are your writing?
- September 23, 2013 1 comment:

I'm always surprised at the books that have been challenged or banned over the years. Then again, I'm NOT surprised at some of the others. No one has to tell me not to read certain because they're naughty or racist or full of evil. I choose for myself. I also choose not to read certain genres or book because of content. I'm not a prude or an introvert. I read 100 books a year. I just choose to read ones that don't get me down or fill my head will scenes I wouldn't want to see on TV or at the movies. Why would I want to read them?

But! I will  protect my children while they are young and innocent. For that reason, there are books that are not in my home and will not be in my home. Even if it's an English assignment. Does this mean I ban books in my home. You betcha. This doesn't mean I'm keeping my children in a bubble or I'm limiting them for when they go out in the real world. This means I am protecting them, and as their parent that is my right. I can control what comes in and out of my home.

I will not go to the local library and ask them to ban books. I have let them know they may want to read certain young adult books and see if that is the right shelf for them or if they should have an adult label.

My oldest daughter was not a reader until the Twilight series came along (you know what I just realized?? Twilight is not on the challenged or banned list!). My daughter devoured those books in a week. I read the books before she did and we talked about certain scenes in the books. Like it's not okay for a boy to hang out in your room. "Duh, Mom. We already have that rule."

Read what makes you happy. I realized I really enjoy reading young adult books because there is usually some semblance of happiness. But I'm still picky which books I read from that genre.

Guess which book is the most banned books in America right now? Harry Potter.


I talked about some of the challenged/banned titles with my teens and tweens. Here's some of our discussion:

"Harry Potter is on the banned list."
"Why would they ban Harry Potter?"
"I think some people saw the word "witchcraft" and thought it was about real witches and cults."
"That's stupid!"
"Tom Sawyer has been banned, too."
"What? Why?"
"From what I understand, people were offended by the way blacks were portrayed in the book."
"But that's part of our history."
"I know. Here's another one: Daddy's Roommate."
"I'd never read that."
"Me either. But some people don't want you to even have a choice."
"Well, that's stupid."


Here is a list of challenged books in 2012 and the reasons why:


How many banned/challenged books have you read? Here are two challenges:

Is NaNoWriMo right-o for you?

It's all downhill from here. That time of year that brings dread and butterflies all at once. The season many, many writers anticipate every year.We are sliding right into NaNoWriMo time.
How many of you have experienced National Novel Writing Month in November? Some of you have finished and "won" and some of come close but are still winners in getting words on paper.
I tried NaNo. It's crazy and fun. I, myself, have finished four stories, thanks to NaNo. I've worked and typed and penned and eked out 55,000 every time. NaNo is a great motivator to writing a new story, it's the editing that drags on me.
But November is soooo hard! November is soooo busy! November is full of family activities, Thanksgiving vacation and planning Christmas. My family wants me to be with them during this month.

This summer I heard about Camp NaNoWriMo, a summer camp for NaNo-ers. When you sign up your get cabin mates who encourage you along and fireside talks to get your backside into gear. So I signed up and guess what I learned? July is busier than November! I only got 13,000 words written. July is summer vaca, so everybody is home. And bored. At least in November the kids are in school for most of the month and its easier to find free writing time.

I need to insert here that I made a personal writing rule for myself. This rule makes for a happy home: I'm off the computer while the family is home. See how this rule conflicts with summer vacation?
And I'm not going to lie--NaNo is hard. I don't write on Sundays and many times Saturdays are spent with family, then Thanksgiving break comes along and any other holidays and wham-o! There really are not thirty days to write. It's more like twenty. Which equals *counts on fingers**gives up* a lot of words a day.

NaNo may not seem right for everyone. There are many who write slower than others. And you have to totally turn off and ignore your inner critic. But I believe it's worth a shot. Even if you don't make 50,000, you have started a new story, which is always good. And who knows what that will end up? Could be your next published work.

Positives:
Focused writing
Complete a novel in thirty days
New, fresh ideas will surface
Can be done if you are a pantser or outliner

Negatives:
Stress
Hard to find time to sit and write
Finishing on time
Harder to do if you are an outliner


Have you participated in NaNoWriMo? What did you think? How did you do?
When do you think is a good month to do NaNo? February? September? 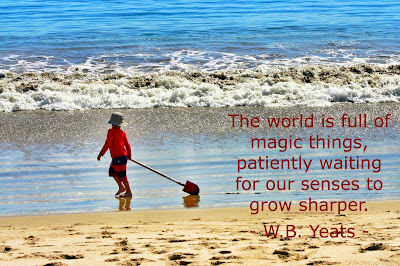 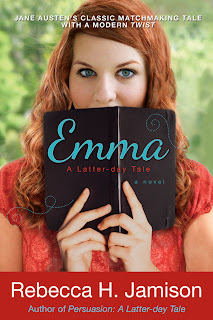 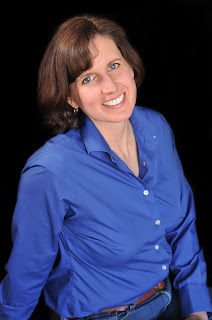 Thanks so much for interviewing me!

1. Give us your elevator pitch for EMMA

Publisher's Weekly calls Emma: A Latter-day Tale "a funny, well-paced Mormon-themed take on Austen's often retold classic." Emma is a life coach with a knack for match-making. She meets a lonely nanny and decides she wants to help her out. But the more Emma tries to help, the worse things get. Through the course of the book Emma has to face her own perfectionism and realize that she needs a coach more than anyone else. She also learns that the best match she can make is the one she makes for herself.

I like Nature Valley oats and chocolate granola bars. They're chocolate, but they're healthy. I also like chocolate Cheerios and mint chocolate Luna bars.

3. What is your most memorable high school experience?

During my senior year, I went to Russia and the Ukraine with some students from my government class. It was 1988, right before the fall of the Soviet Union. I'd never traveled outside North America before, and it gave me such a different perspective. I saw how peace-loving the Russian people were, compared to the way they're portrayed in movies. Similarly, the Russian teens I met felt sorry for me because I lived in such a violent place. (They'd also gotten the wrong idea from Hollywood.)

4. Is there one book or author who changed your life/viewpoint/writing?

I was very blessed to study creative writing at Brigham Young University, so the authors who made the most of a difference in my writing were also my teachers--Leslie Norris and Doug Thayer. They're both excellent writers who use vivid, honest descriptions and dialogue that speaks from the page. What they did most for me, though, was to encourage me to write and share my writing.

5. What was the first book that turned you into a reader?

My mom read me all the Little House on the Prairie books when I was in first grade. I fell asleep every night imagining that my bed was a covered wagon.

6. Are you a night owl or early bird?

I'm a night owl, but I'm learning to be an early bird. I get so much more done when I wake up early to write.

7. What is your favorite meal?

Pizza. I have two sons on a gluten-free diet, so anything with bread in it is bound to please me.

8. What do you never leave home without?

I'm a minimalist. I figure 90% of the time I'll be better off without lugging a bunch of stuff everywhere. But I do like to have my watch, keys, wallet, sunglasses, Burt's Bees tinted lip balm, and Almay mascara.

9. What is one piece of advice you would give aspiring writers?

Read a lot of good books in the genre you're writing.

I'm kind of like Emma in my book. I make too many goals. This year I started out with a big, long list of goals. Then a series of unfortunate events threw me off balance. I ended up with these:
Help my oldest son get his license and his Eagle scout award.
Help my next son get his Eagle project going.
Read books about organizing and saving money.
Study the topics from BYU Women's Conference and Education Week (since I couldn't go to either one this year.)
Do cardio intervals three days a week and strength training two days a week.
Get a physical.
Write every weekday.
Read bedtime stories to my younger kids.
Go on a date with my husband every week. 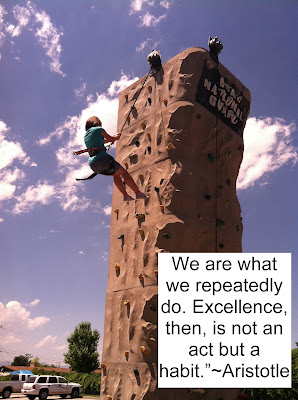