Keep your mountain in sight

“Over every mountain there is a path, although it may not be seen from the valley.” James Rogers 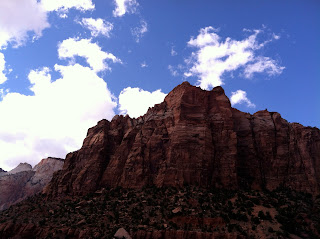 The above quote reminds me of Neil Gaiman's graduation speech at the University of Arts.


"Something that worked for me was imagining that where I wanted to be – an author, primarily of fiction, making good books, making good comics and supporting myself through my words – was a mountain. A distant mountain. My goal.
And I knew that as long as I kept walking towards the mountain I would be all right. And when I truly was not sure what to do, I could stop, and think about whether it was taking me towards or away from the mountain.
I said no to editorial jobs on magazines, proper jobs that would have paid proper money because I knew that, attractive though they were, for me they would have been walking away from the mountain. And if those job offers had come along earlier I might have taken them, because they still would have been closer to the mountain than I was at the time." 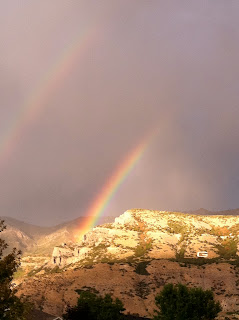 While I haven't read this book, I loved the background of the author:
As a young girl, my half-Jewish mother hid from the Nazis in a circus. The rightful owner saw her and fell in love with her. After the war, they were married. Because of the lack of food for the artists and the animals, my father lost the circus. So he raised his family in a tiny carnival, traveling the small towns in central Germany to keep his rapidly growing family fed.
I was the second child of six. Even though I can’t remember the war, I remember the devastation, both physical and spiritual, which the German people lived with afterward. Ruins and unexploded bombs littered the cities, and lost and orphaned children overwhelmed the orphanages. Food was hard to come by, and education was almost non-existent, especially for us carnival children, since we traveled from town to town every week or two.
My mother, emotionally burned and disillusioned, rejected any kind of religion and never taught her children about God. However, when I was eight, I had a vision and developed a strong desire to be in a church, to live in a house and to have God love and approve of me. I had to hide such feelings from my family, because they made fun of them.
As I grew older, Germany, along with our family, became more prosperous. At fourteen, I met the LDS missionaries. Against my family’s ridicule and the overwhelming odds of living in a traveling carnival and having to work every Sunday, I converted.
A year later, my parents divorced, and through the divorce God’s loving hand worked the miracle I needed to reach my goal of living in a real house and being able to go to church on Sundays instead of having to run a carnival attraction.
However, I did see my father regularly in the winters and when he came to our town. He met my American fiancée, a GI stationed in Germany, and they became good friends, in spite of the religious differences. My father passed away two years after I followed my husband to the U. S. My mother, however is still going strong at 91, in Stuttgart, Germany.
Can you envision living that way? Read Carnival Girl, and you’ll discover a new world!

Bio:
Sonja Herbert and her five siblings were raised in a caravan, traveling the carnival circuit from town to town in post-WWII Germany.
Sonja converted to the LDS Church, served a mission, married an American soldier, and immigrated to the USA. She received a BA at SUU in Cedar City, and an MA in Language Acquisition from Brigham Young University, taught high school, German, and ESL for many years, and is now a full time writer. A mother of six and grandmother of thirteen, she resides in Provo, Utah. Contact her at germancarnivalgirl.com, germanwriter.com, or frauherbert@comcast.net.
- July 17, 2012 1 comment: