SOMETHING ABOUT LOVE ~COVER REVEAL for Elana Johnson! GIVEAWAY 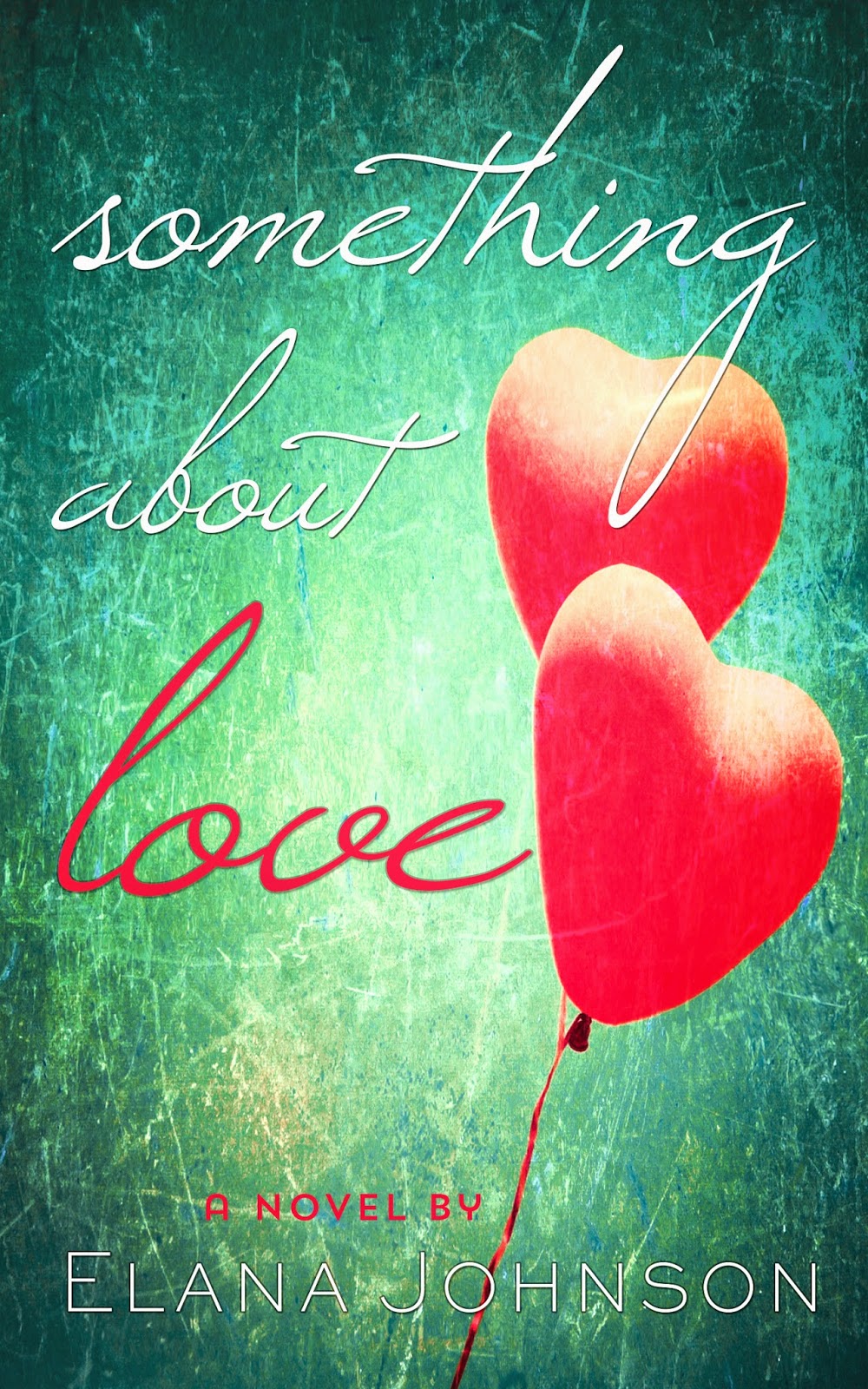 About SOMETHING ABOUT LOVE: High school senior Olivia Winging gave up her love of photography when she gave up her boyfriend, Trevor Youngblood, a year and a half ago. She broke things off with Trevor because her mom married his dad, and dating your step-brother? Creepy.

Livvy hasn’t been on good terms with her mother since, and one of her stipulations for staying at the Youngblood’s every other weekend is that Trevor can’t be there. When she gets nominated for the Junior Photography in Excellence award, Trevor insists she enter. She agrees—only if every photo in the portfolio can be of him. Knowing that Livvy can capture a person’s deepest secrets through her lens, Trevor hesitates before accepting the deal.

As Livvy gets behind the lens of her camera again, her love of photography is rekindled. Unfortunately, the time she spends with Trevor also re-ignites the old flame for him she’s kept smothered for so long.

In order for Livvy to finish her portfolio, she’ll have to face her feelings for Trevor as well as deal with the animosity between her and her mother. Livvy’s always been able to capture a person’s soul from behind the camera—but she’s not sure she likes it when the lens is suddenly focused on her. If she can’t find a way to forgive her mother and admit how she feels about Trevor, Livvy may end up losing more than just the photography contest. She could lose her heart.

Special Promo: Elevated, Elana’s first verse novel, will be FREE for five days in September as SOMETHING ABOUT LOVE releases! So get your copy of Elevated for free from Monday, September, 15 – Friday, September 19. (Elevated buy link: http://www.amazon.com/dp/B00IGINRFI)

“Every word Johnson writes carries an emotional heft that lifts readers up to the highest happiness and then sends them crashing down to the depths of despair. It is easy to flow from the first word to the last without ever putting down the book. Johnson shows outstanding talent in this form, and her words are beautiful, important and deeply felt.” ~The Deseret News

About Elana Johnson: Elana Johnson’s work, including Possession, Surrender, Abandon, and Regret, published by Simon Pulse (Simon & Schuster), is available now everywhere books are sold. Her popular ebook, From the Query to the Call, is also available for free download, as well as a Possession short story, Resist.

Her self-published novels include two YA contemporary novels-in-verse, Elevated and Something About Love, as well as a YA/NA futuristic fantasy series, which includes Elemental Rush, Elemental Hunger, and Elemental Release.

School teacher by day, Query Ninja by night, you can find her online at her personal blog or Twitter. She also co-founded the Query Tracker blog, and contributes to the League of Extraordinary Writers.

THE END OF THE LINE by Sharon McKay 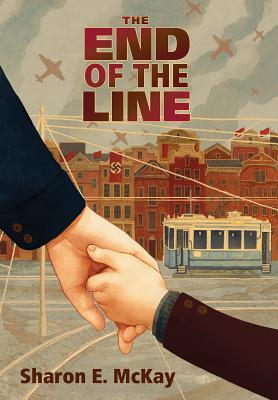 Ordinary citizens risk everything to save a young Jewish girl in wartime Holland.Five-year-old Beatrix looks on in horror as the soldier forces her mother off the tram. It is 1942 in Amsterdam, and everyone knows what happens to Jews who are taken away by the Nazis. The soldier turns his attention to Beatrix, when suddenly, the ticket-taker, Lars Gorter, blurts out that she is his niece. With his brother Hans, the tram conductor, they manage to rescue the child from the same fate as her mother.The two elderly brothers realize that they are now in charge of the little girl. They are at a loss -- after all, neither one has ever married, let alone has children. They know that harboring a Jew could cost them their lives, but in desperation, they turn to a neighbor, Mrs. Vos, for help. But even these kindly rescuers cannot shield Beatrix totally from the horrors of war.Based on real events, this suspenseful novel vividly portrays the fear, uncertainty, and terror of the Nazi occupation in Holland. It is a story that reflects both the worst and best of humankind. A worthy addition to children's books about the Holocaust, "The End of the Line" will leave young readers to ponder how the most dreadful conditions can lead ordinary citizens to perform the most heroic acts. People like Lars, Hans, and Mrs. Vos, who risked their own lives to save Jews in wartime Europe, were later recognized and honored as "Righteous Gentiles.

I don't normally read Holocaust books, maybe one every two years. The stories hurt my heart and spirit. Even though amazing stories of strength and courage come from this terrible era, it is still hard to read. THE END OF THE LINE is different. Being a middle grade book, I think the author and publisher did very well to teach the horrors of war without overwhelming the reader or giving them nightmares.

From the little that is gathered, Beatrix is five-years-old and she and her mother have been running away from the Nazis. Until the fateful day in Holland when they are caught while riding the tram. Jews aren't suppose to ride the tram. The soldiers yell at the mom then turn on the daughter, Beatrix.
Lars and Hans are brothers and have been running the tram for years. One takes the tickets while the other drives. They are pretty good at being able to read their passengers too. Like the nun who probably isn't a nun.
Lars panics when he sees the Nazi turning his attention to Beatrix and tells the soldier she is his niece. Now these two older, single brothers are in charge of a little girl. And a Jew. What can they do?
In steps a couple neighbors to help--an older grandma and a younger German.
I really enjoyed this book. I loved watching the story, and characters, unfold. The brother have kept their heads low and lived their lives. They don't care about the war because it doesn't involve them. Now, they have a little girl to keep fed and clothed and protected. It was a joy to watch them grow and reach outside themselves.
Ms. Vos is another character who turned from crotched old maid, to a loving grandmother-type for Beatrix. Every character introduced had a line of plot.
The whole story I wondered what would happen to these kind people who took are of Beatrix, and would she ever be united with her mother again?
I think this is an excellent book for children to learn more about the Holocaust without introducing too much pain and suffering and death.

Thanks to netgalley for the read.